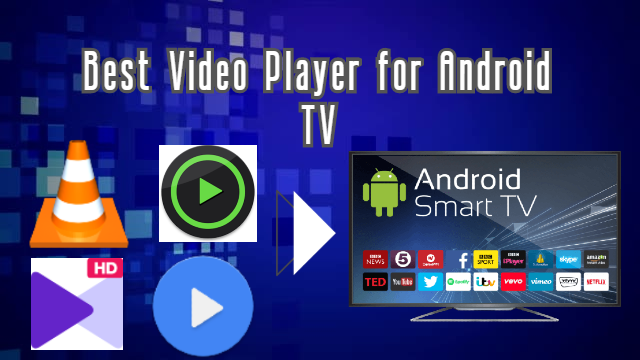 The best Android video players can turn your smartphone into a portable theatre especially on the best big phones. And with more HD content available than ever before, many phones are now shooting 4K video – you’ll need to upgrade from your phone’s built-in player. It is very easy to do for Android users. Android’s open architecture and app market make it easy to replace stored video players with any one of a number of premium video apps, letting you get just the features you need. From light and easy-to-use players to powerful and highly configurable players, check out the best video player apps for Android that you can download right now.

Below are Top 10 apps for Android:

MX Player offers the right balance between ease of use and powerful features. The uncluttered viewer supports multiple swipe and pinch gestures to zoom, while the app features both software and hardware decoding for a variety of file formats. Subtitle controls, variable aspect ratio, and screen lock are all within reach of the main display, while other adjustments are hidden in the settings menu. Unfortunately, due to licensing issues, support for DTS and AC3 audio is not available in the base MX Player app, which can be a deal breaker, although custom codecs are available online. MX Player has always been one of the most popular video player apps. It supported more formats long before other video player apps were considered to do so, and it was also among the first to include things like hardware decoding, hardware fast launch, and other features. It still has all of those things along with gesture controls (including pinch to zoom), subtitle support, and a kid lock to keep your kids in the app watching their Disney movies, and it supports nearly every codec out there. Like MoboPlayer, it comes with plugins to add more functionality if you need it.

If you are looking for a versatile all-in-one media player that can play any file format that you can use, give VLC for Android a try. Out of the box, VLC can play almost anything from the ubiquitous MP3 and MP4 files to unusual formats like MKV and FLAC. In addition to playing local files, VLC for Android also supports network streaming and media library organization, as well as advanced playback features like multiple audio tracks and subtitles, and broadcast to Chromecast.

Plex is a very good local media player. Combine it with Plex server software for desktop and mobile devices, however, the app turns your mobile device into a streaming powerhouse, sorting media files into a library that you can stream to your phone or smart TV. Upgrading from the free version to a full Plex Pass subscription (starting at $ 4.99 per month) adds features like a media control panel, user controls, trailers, and wireless library synchronization so you can enjoy your movies and music even offline.

PlayerXtreme started as a well-respected iOS video player who has since moved to Android devices, presenting one of the best video players for Android with loads of features and options. The app supports over 40 file formats, subtitles, and hardware acceleration. Support for indoor and outdoor broadcasting allows you to view media stored on your PC, NAS or websites, while support for Air Play and Chromecast lets you view media that is sent directly to your TV. It comes with a wide range of playback features, such as frame-by-frame playback, variable playback speed, resizable submersibles, and audio offset and subtitles if playback is not completely synchronized.

For something a little more powerful than other best Android video players, try Kodi Media Center. This open source app turns your Android device into a portable media centre, accessing locally stored content, as well as media and streaming from network and internet storage. It is loaded with sort and run features, but this also makes turning it on and setting it up the first few times even more scary. However, if you are ready to go around, Kodi is a solid media centre app with a rich developer and user community.

Instead of playing the video on your small smartphone screen, why not stream it to a bigger screen, like a smart TV or through a streaming stick? AllCast is an Android video player designed to work with top streaming devices like Chromecast, Roku, Apple TV and other streaming sticks and boxes that support DLNA. Users can stream videos (with subtitles support) as well as photos, videos and music from local storage, as well as cloud services. The free demo comes with a 5-minute viewing limit on videos and photos, allowing you to test the app on your devices, removing the cap ($ 4.99) with a premium key. It is a video player that specializes in casting locally stored content to Chromecast, Roku, Apple TV, Xbox 360 / One and other DLNA compatible devices. Besides the videos, it also supports other types of media. It started a little tricky, but has quickly become one of the most stable transmission applications out there. The free version has a five-minute limit for content while there are no restrictions on the pro version. You can also convert your Android device into an AllCast Receiver (Cast to it) with AllCast Receiver app.

Archos is one of the most popular video player app on Android. It supports most types of video files, including MKV, MP4, AVI, WMV, FLV, etc. along with various subtitle file types like SRT, SUB, ASS, SMI, and more. Of course, there are other features too, such as server support, network attached storage, external USB storage support, and more. The app also includes a relatively modern interface, simple controls, and information from sites like IMDb, themoviedb.org, among others. Practically speaking, we haven’t found any real issues with it, although there are some Google Play reviewers. Anyway, it’s a solid option with a cheap pro version.

Xender is a combination of a file transfer app and a video player. You can share music and movies with people in your public surroundings without using mobile data. In addition to that, the app can play most movies and music files without much difficulty. This makes it a suitable choice for those types of things, although it doesn’t have any advanced display or playback controls like many dedicated video player apps. It is a good two-stroke for those who need to share the media with their friends and then watch or listen to that media as well. It’s free and surprisingly popular.

KM Player is one of the best video player apps for Android in the market. It supports a wide range of codecs and file formats. Its library viewer can automatically discover files and are ready to provide you with cloud storage support. It supports subtitles, one-finger volume control, brightness, and has playback speed controls. You can view your contents stored on Google Drive. This video player also supports HD videos; You can use it and watch any movie on your laptop or PC from your cell phone. It supports slow playback. You can easily access with Gesture support, share media easily with KMP Connect, moreover; Bookmark your favourite videos, movies and music, get subtitles suitable for mobile display, play local and online 3D videos as it has 3D support, customize and control subtitles if needed, enjoy split and multiple videos with Smooth playback and advanced audio processing features for audio files.

FX Player is a popular video player that focuses more on the portable user experience than the classic media player. It has profitable features like support for all video formats, subtitles, screen mirroring, navigation, and zooming. Enjoy uninterrupted HD and 4K videos here. Get a cool, continuous, and seamless interface. You can use other apps at the same time while watching any video. You can change the size of the video playback screen and access or control playback while it is used as a floating window. Almost all video formats like MP4, AVI, ASF, MPG, and FLV are supported by this video player. It also supports various audio formats such as WAV, MP3, APE, AC3, WMA and many more. You can enjoy copying Blu-ray, HD, 1080p, DVD, 4K video in it, you can control gestures, fast forward, fast rewind with double click, control speed, brightness, size, playback, and change screen size, get multiple playback functions such as Repeat, shuffle, background, auto, mirror mode, scan all video files and SD card automatically and get multi-language audio support.