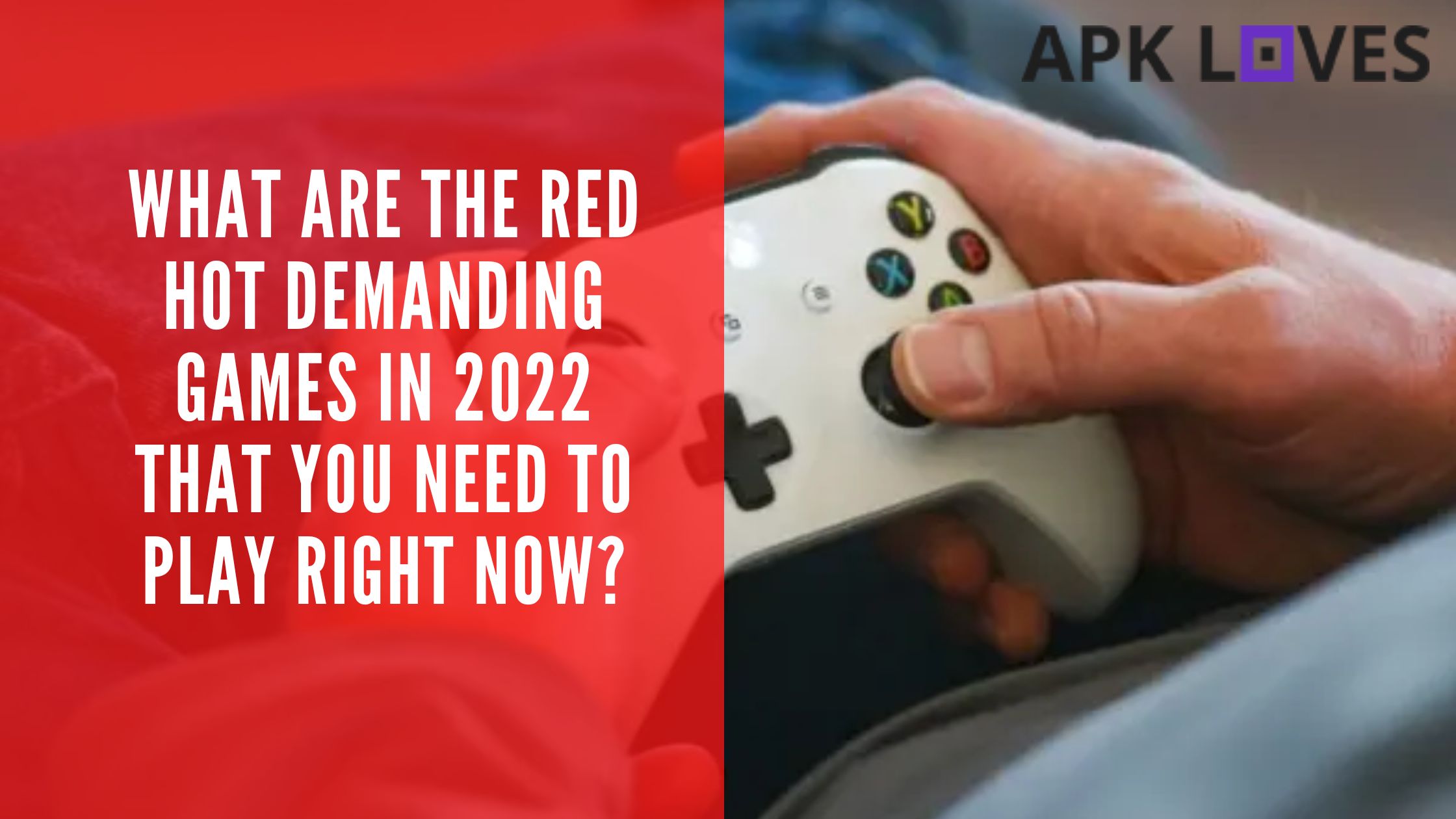 What Are The Red Hot Demanding Games In 2022 That You Need To Play Right Now?

The buzzing world of video games rose to its peak, from its very conception. And the development with enraging advancement is taking it up, with every era we are stepping into. There was not a time when the gaming industry suffered an upset, in fact, the fandom of every game encouraged the production team to create more of the series every year. And here we are with some remarkable games that you need in your collection right now.

So, what are the titles that you need to grab and enjoy playing right now-

This action role-playing game, co-written by G.R.R Martin and Hidetake Miyazaki who also co-directed the fantasy plot,  was released back in January 2022 and can be played on platforms like PS 4, PS 5, Window, Xbox One, and Xbox Series X/S. It is developed under FromSoftware and is published under Bandai Namco Entertainment. It is a fantasy genre that has a deep, intense, and enigmatic magical narrative perfect for the nerds and the weebs.

It was released back on the 19th of July under the banner of Annapurna Interactive which was developed by Blue Twelve Studio. The game is directed by Colas Koola and Vivien Mermet-Guyenet and can be played only on PS 4, PS 5, and Windows. This is a single-player adventure game that centers on a group of 4 stray cats exploring the ruins of a deserted facility, falling into a chasm, jumping over the loose pipes, and lastly getting trapped under an abandoned underground town.

This is a single-player action role-playing game, developed by Guerrilla Games and published by Sony Interactive Entertainment. This game is a continuation of Horizon Zero Dawn(2017). Now the game can be played on PS4 and PS5. Now the game is played through a first-person perspective where it is controlled by Aloy, the hunter who is surviving in the world of the deadly, animalistic machine. It is an open-world game where she explores a bewildering frontier named the Forbidden West which is a post-apocalyptic depiction of the Western US.

It is an upcoming(said to be an October release) action role-playing game that will be published under Warner Bros. Interactive Entertainment and is currently developed by WB Games Montréal. The gamers will be able to enjoy the game only on Windows, PS 5, and Xbox Series X/S. The narrative takes place after the immediate demise of Batman and Commissioner Gordon, causing the high rise in criminal activities.

The gamers are needed to land on the Star characters of the game name, Nightwing, Batgirl, Redhood, and Robin. Each of the STAR characters has its own significant abilities. The player can enjoy the game, solo, or can indulge in a multiplayer session as well. The players can upgrade their levels while the villains will automatically upgrade themselves.

It is a horror survival game that is both developed and published by Techland. It is the continuation of Dying Light (2015). The player can enjoy this game on PS 4, PS 5, Xbox One, and Xbox Series X/S. However, a Nintendo Switch version will soon release as well.

So, these are the top 5 Red Hot Demanding Games in 2022 that you should start playing and wait for as well. Hope you entertain yourself with these wonderful and versatile projects anytime but very soon.